With just roof detail left to add, the Proviso Locomotive Facilities are nearly complete.  Its been a fun project although I'm surprised how much time it has taken to do the finishing touches.  Since the last post, I used chalk to bring out the brick mortar lines, added interior flooring, added stall numbers & other signage and added ballast to blend the foundation into the area. I'm not real happy with the color of the fueling station sidewalk. Too green. I may change it. I am now turning my attention to the Proviso control tower. 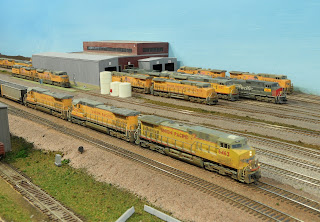 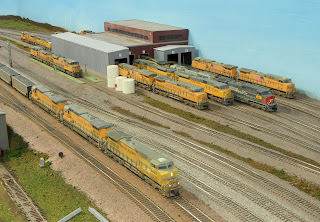 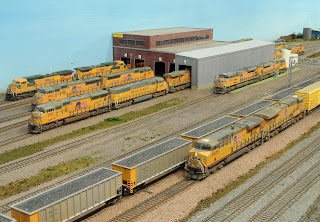 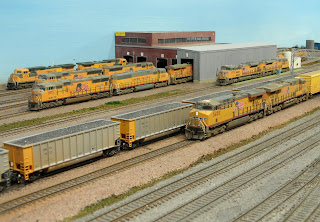 Posted by genevasub at 8:30 PM 4 comments: Links to this post

I added trim to the stall doors and added sidewalks for the fueling station.  The fueling station items are from the Bachman kit I used on the Rochelle Sub.  I also painted the foundation of the metal add on stall Floquil "aged concrete" to more closely follow the prototype. Next I will be adding some chalk mortar lines to the brick walls.  I also still need to fill in around the foundation with ballast, install stall numbers & other signage and add lots of roof details, piping, etc. 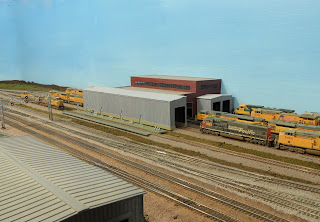 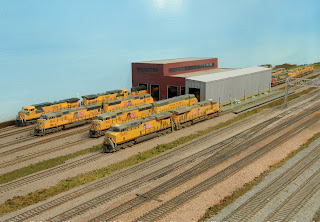 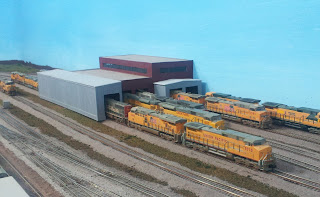 Posted by genevasub at 5:22 PM No comments: Links to this post

Did a little more work on the Proviso Engine Facilities so I thought I would post a quick picture.  Painting and more progress hopefully this weekend. 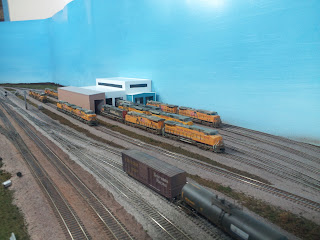 Posted by genevasub at 10:43 PM No comments: Links to this post

An important structure of the Proviso Yard is the engine facilities. The facilities are a combination of new and old buildings that produce a very unique structure.  The prototype seen below has eight stalls plus a fueling track next to the structure.  Once again it would not be feasible to model this structure in its entirety due to its large size.  The area I have for the engine facilities is large by modelling standards, but still not big enough to accommodate a full size structure.  I was only able to fit six tracks in the space I have.  With one of the tracks serving as the fueling track, that only leaves five tracks for engine house stalls instead of the prototype's eight.  To get down to five tracks I eliminated stall B, stall 3 1/2, and stall 5 (see pictures below).  I also moved stall one and two closer together. 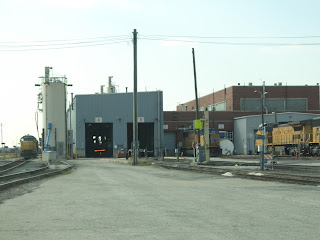 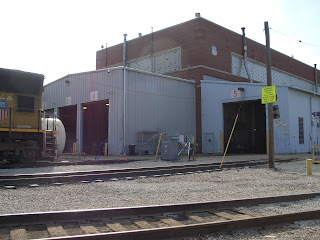 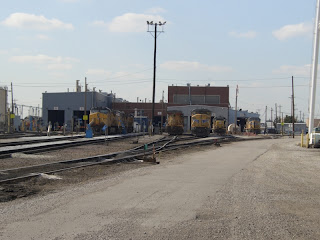 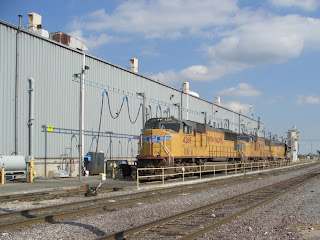 I am starting work with the original brick structure.  After doing a lot of measuring of the photos I had and using the Pikestuff Enginehouse as a guide for the stall doors, I use paper, pencil and a ruler to sketch out the end walls of the brick structure.  Although the model was going to be scaled down, I wanted to make sure I maintained the proper proportions of the building.  Once I was happy with the results, I cut out the paper sketch and used it as a template to cut out the end walls from .030 styrene.  I set the wall on the layout to check out the fit. 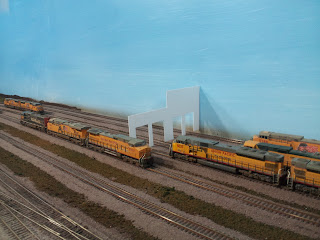 After cutting out the opening for the upper windows, I laminated brick embossed styrene to the wall and then used a Xacto knife to cut out the stalls and window opening. 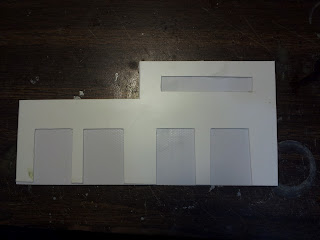 I did the wall for the other side of the structure and then set both of them on the layout to get an idea of how long I should make building.  The picture below shows it at 160 scale feet (12").  After looking at the pictures some more and using the prototype's windows as a guide, I settles on 130 scale feet (9.5"). 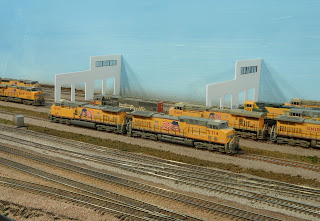 I then cut out the side walls from .030 styrene and added the brick embossed styrene to upper section containing the windows.  I did not use the brick on the other walls since they will not be seen once the structure is complete.  Since I was using fairly thin .030 styrene for a rather large structure, I added Plastruct structural shapes I had left over from the Mississippi Rive bridge for bracing. 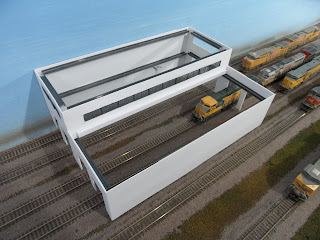 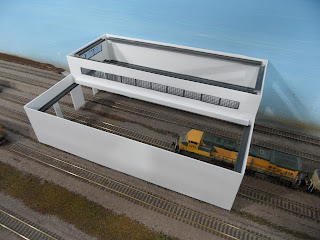 Here's the structure so far after adding the roof. 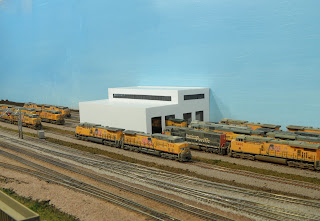 Posted by genevasub at 5:34 PM No comments: Links to this post

We are back from vacation to the east coast, so its back to work on the railroad.  The first project is some weathering.  Last month I received two sets of Pacer and TTX/EMP Maxi IV double stack cars from Kato. Yesterday I weathered all four cars, their containers and also a Kato GEVO that I got in an MB Klien clearance sale. The weathering really helps the cars fit in with the rest of the rolling stock on the layout.  It especially helped the EMP green containers whose green seemed a bit bright compared to the prototype.  I've included pictures of the Kato originals and the prototype for comparison.
Next up will be some trees and work on a couple of Proviso signature structures; the control tower and the engine facilities. 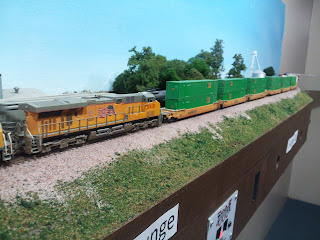 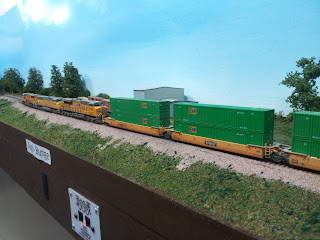 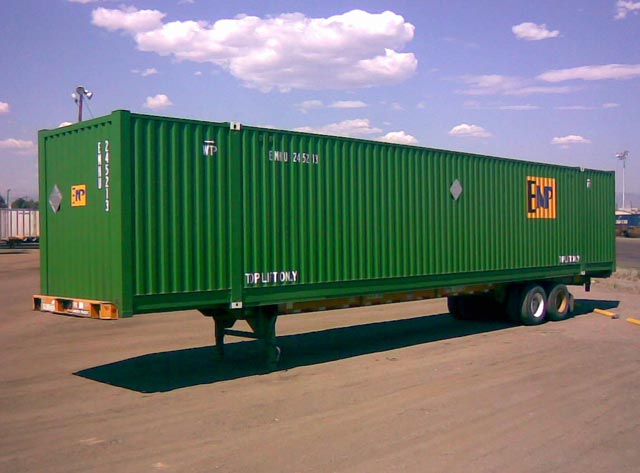 Posted by genevasub at 9:20 AM 2 comments: Links to this post