You Did What???? Geneva Sub Moves to Georgia!

Seven months since my last post.  Why so long?  Well, there have been big changes for the UPRR Geneva Subdivision.  On April 27, I was offered a new job in Marietta, GA.  On May 5, I accepted the position and the packing began.
In addition to packing up everything else, I needed to pack up the Geneva Sub.  When I initially planned and built the Geneva Sub six years ago, I did so with the idea that I would one day move it to a new home upon retirement.  Turns out, the move came sooner than expected.  Anyway, the layout is built in 8 foot sections with terminal strips for wiring at the joints between sections.  So, after packing up the rolling stock, buildings, bridges, trees and details, I set about cutting the layout up into sections. 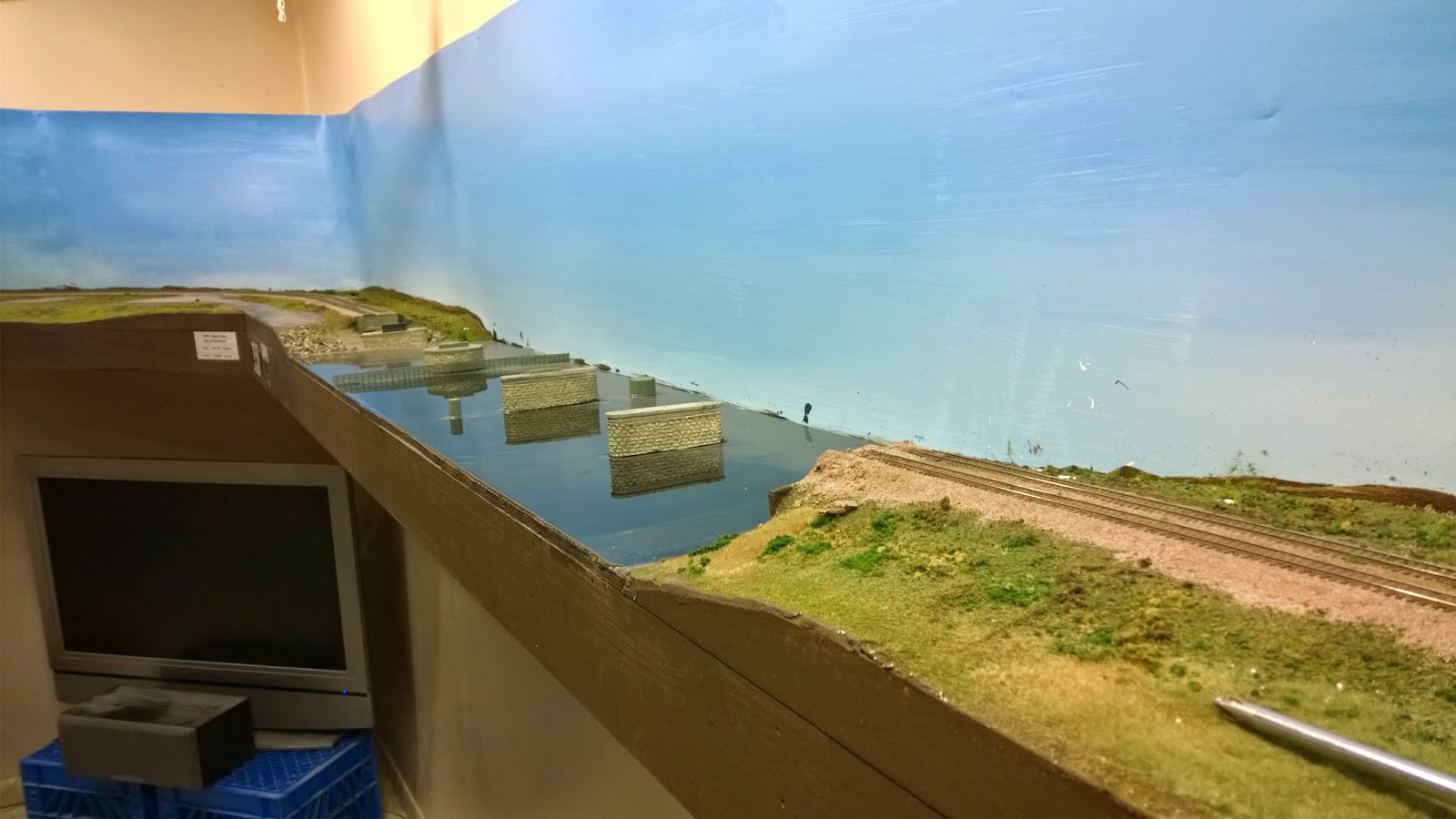 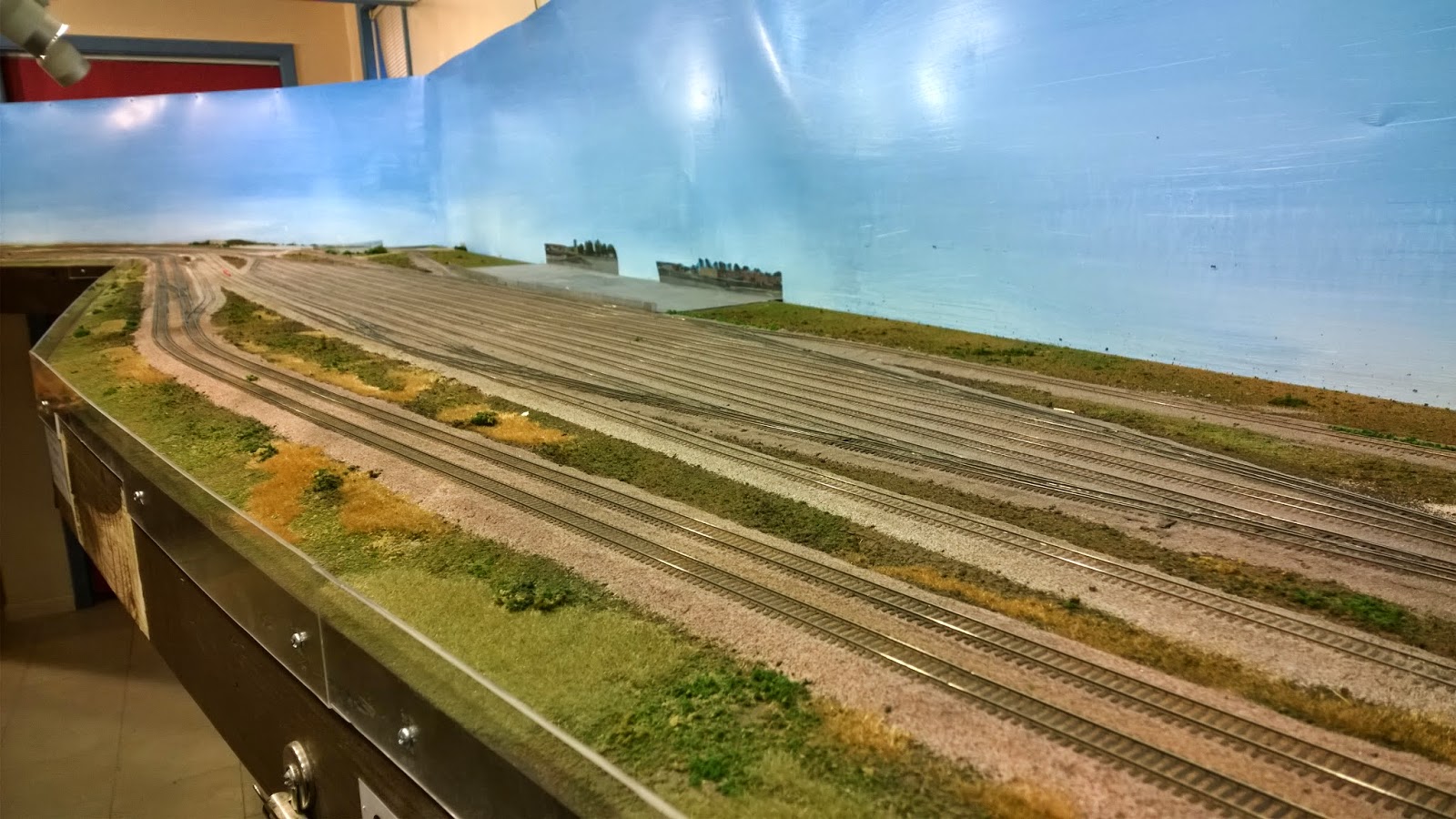 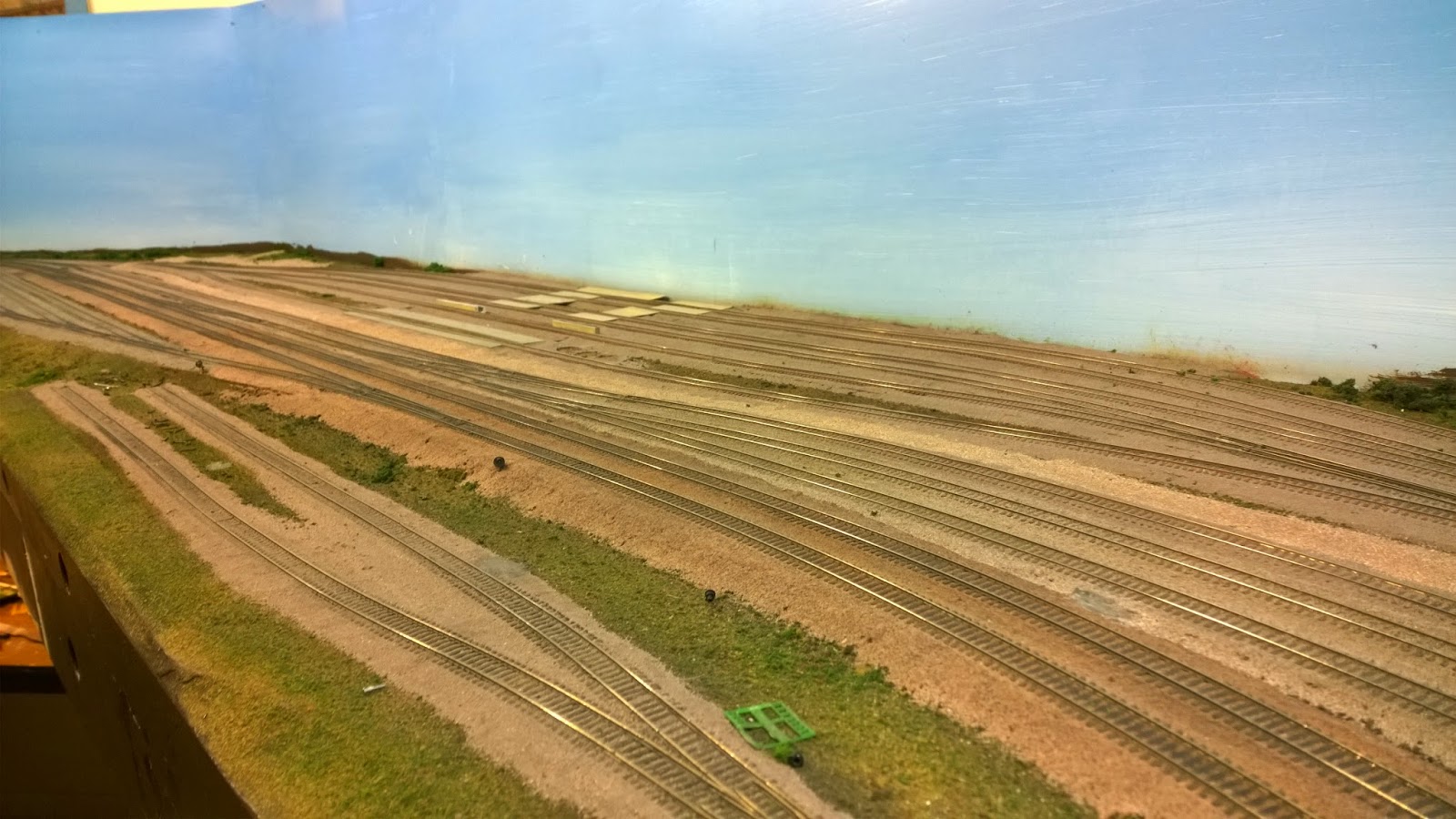 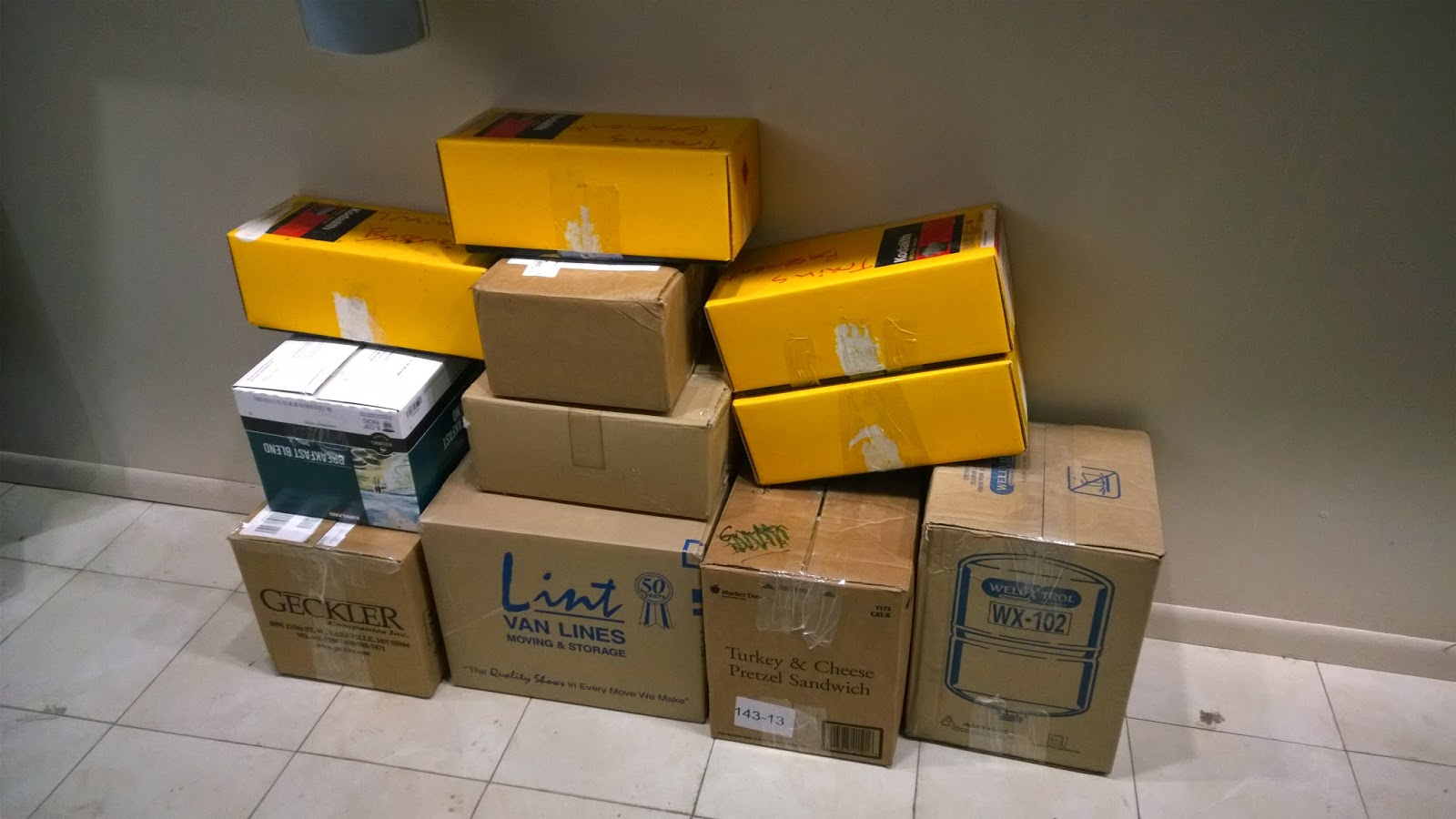 The first step in the process of separating the sections was to cut 2-3 inch sections of track out over each of the joints between the sections.  In most cases there were just a few pieces that needed to be cut out.  However, for the joint between the two sections of the Proviso Yard, 13 sections and one turnout needed to be cut out. Once the track sections were cut, I uses a jigsaw to cut the scenery and roadbed at the joints. 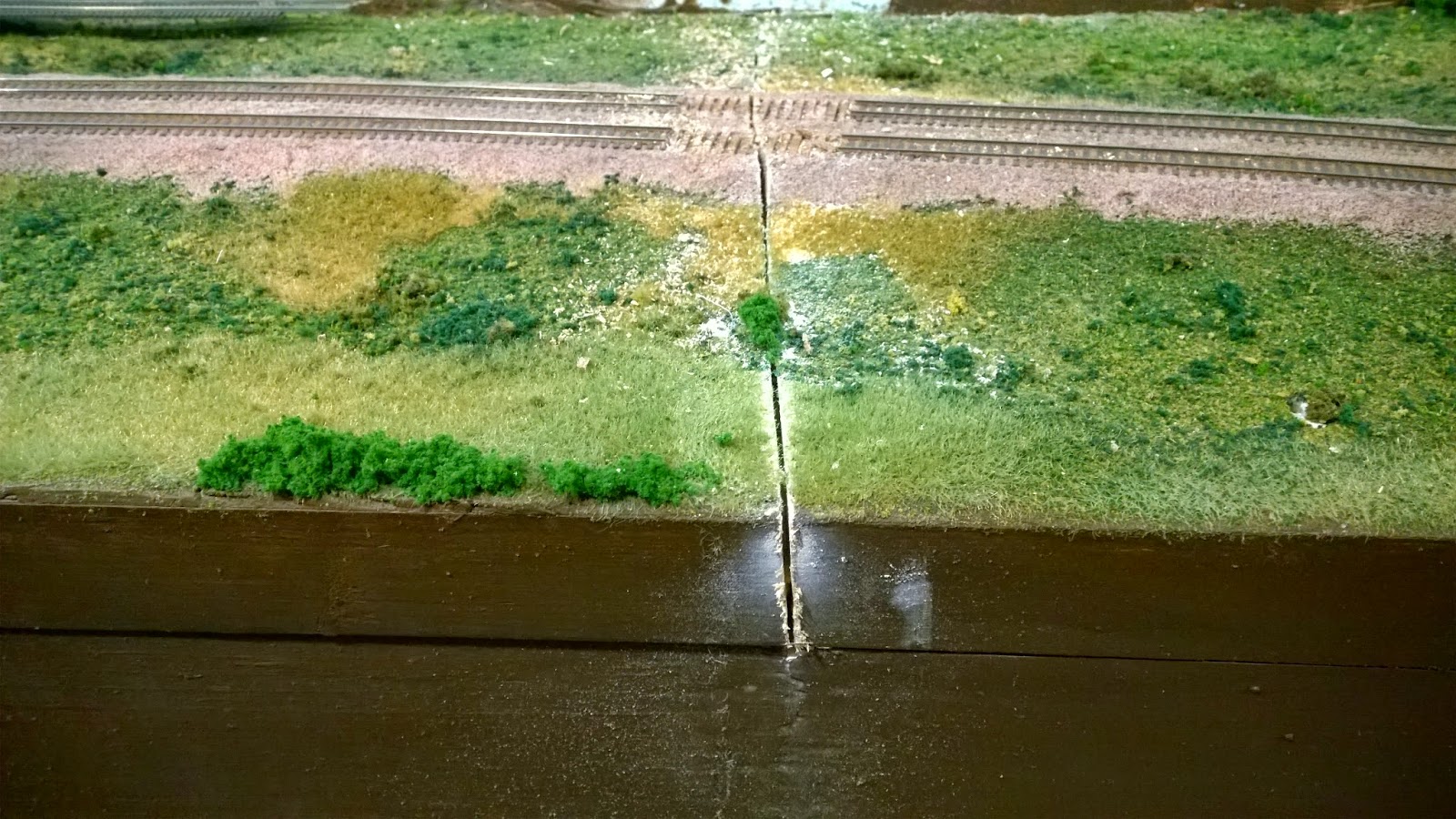 Then the sections were unbolted from each other, unscrewed from the wall, carefully removed and taken to the garage ready for the movers. 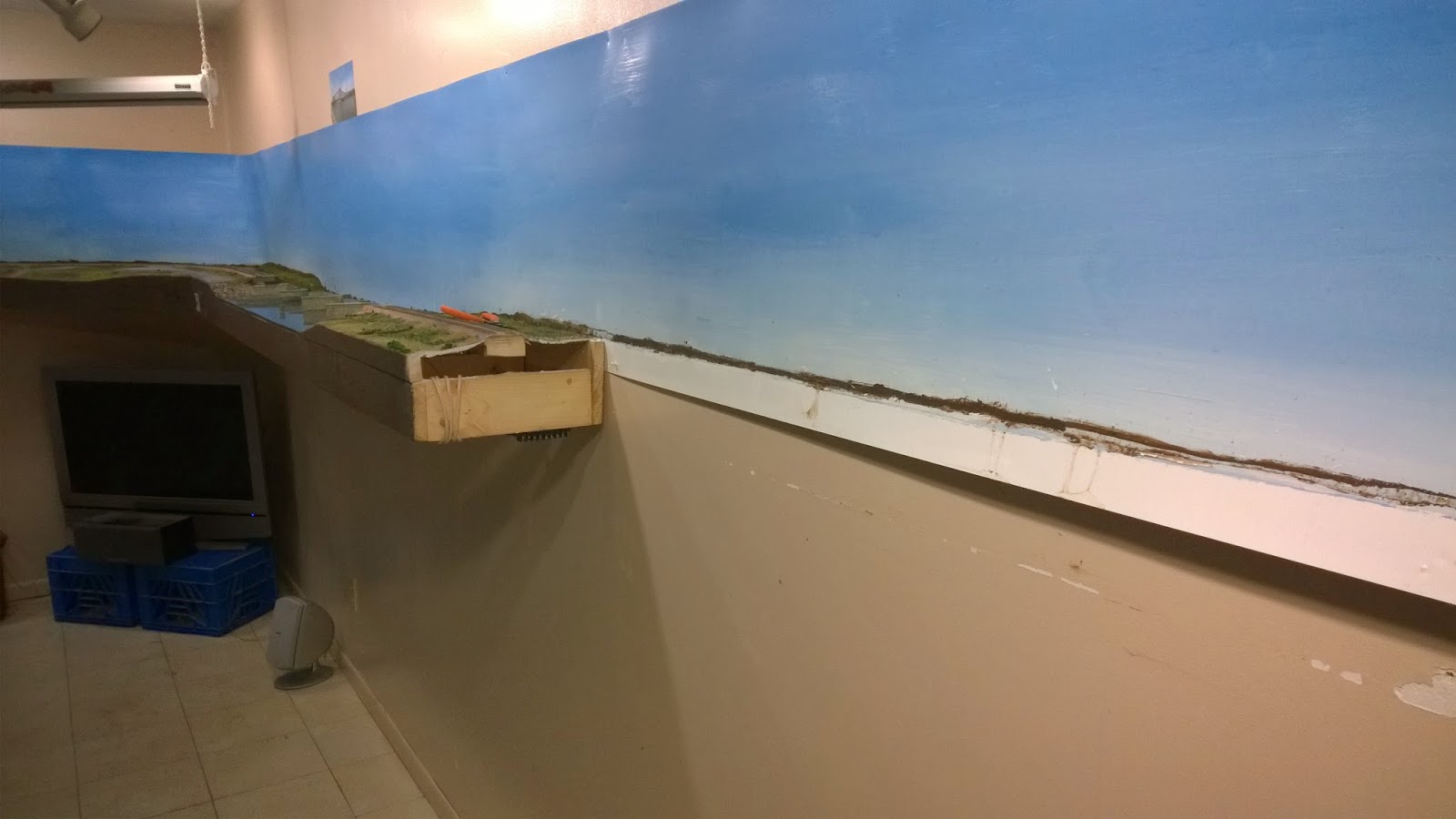 In all there are 11 sections that made it from Illinois to Georgia. 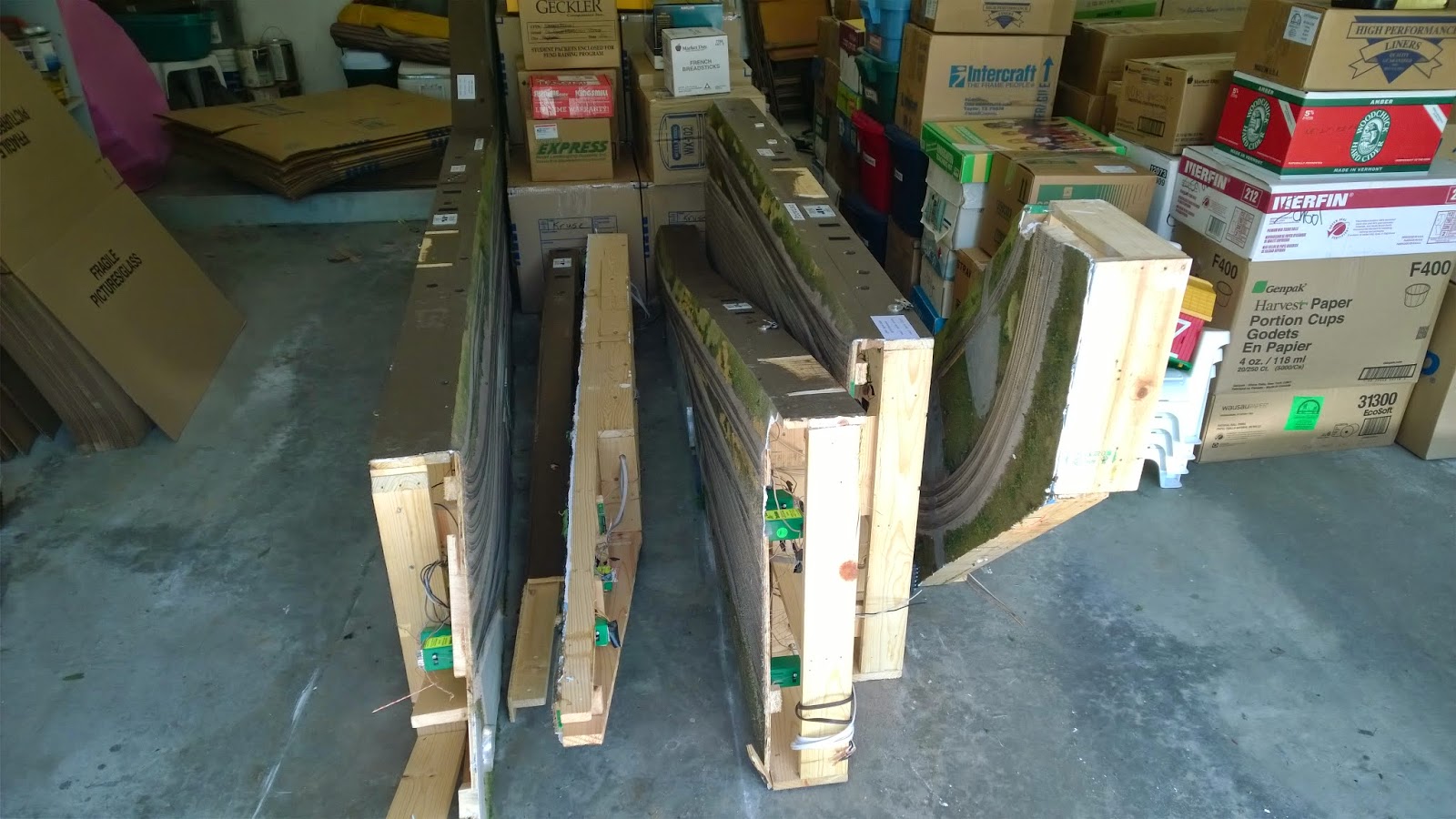 I was quite happy with the way everything progressed.  My plan to build the layout with the intention of moving it someday, work just as intended.  Its was a lot of work, but it will be definitely worth it as I will be able to have a new railroad in Georgia without starting from scratch.

The house we moved into July 2 in Georgia has a bit larger basement than the Rochelle house, so I am hoping the resurrected UPRR Geneva Subdivision will be able to have even more operation potential than the original. Stay tuned.
Posted by Daryl Kruse at 6:03 AM 1 comment: