﻿
I am adding the Proviso Yard walkway using three sets of crossover stairs from TrainCat.  The TrainCat kits are designed for use with their tank loading/unloading platforms.  Although they are not a perfect fit for the prototype walkway, they capture the look and function of the walkway very well.  There will eventually be three sets of stairs matching the prototype.  I will also be adding the safety slogans. 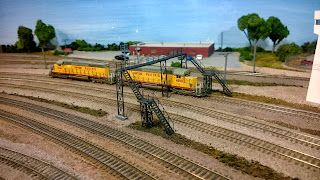 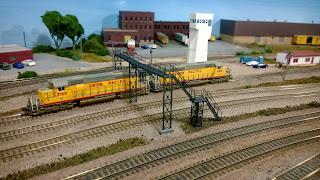 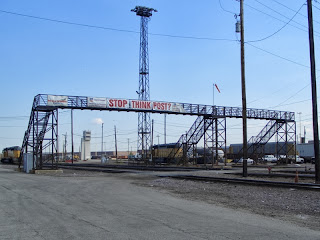 Posted by genevasub at 12:31 PM No comments: Links to this post


I completed installation of 72 utility poles in the Proviso, Clinton and Fulton area of the layout.  The poles have four wires each using .003 charcoal EZ Line.  I figure that comes to 2800 scale feet of wire or over 5 scale miles.  Definitely make the scenes look more complete, congested and detailed.  I definitely recommend the elastic EZ Line from Berkshire Junction. 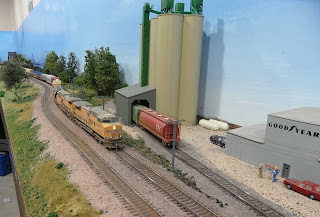 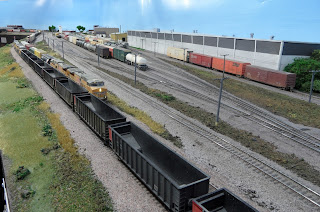 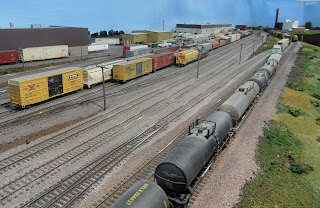 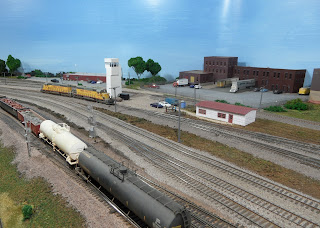 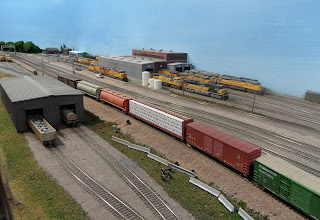 I added a bunch of telephone poles to the layout in Proviso, Clinton and Fulton.  Wires were also added using EZ Lines from Berkshire Junction.  I used the .003 charcoal line which scales out to 1/2 inch wire.  I figured that was pretty close to most common telephone line.   I've got to say .003 inches is really, really small.  I had no difficulty working with it as it installed in a snap using fast setting CA glue. But once installed, its pretty difficult to see from normal view distances.  Depending on the background, some lines were easier to see than others.  And as you can see from the photos they don't show up much at all.
So, I am considering moving up to .006 which would scale out to 1 inch wire. 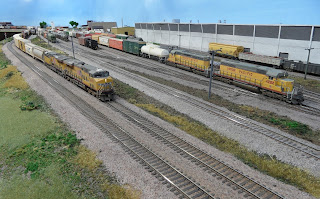 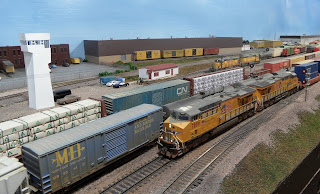 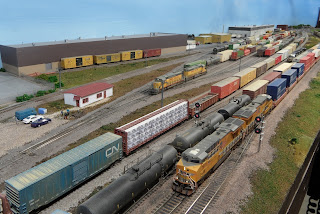 Posted by genevasub at 5:38 PM 8 comments: Links to this post