While planning my new layout, the UPRR Geneva Subdivision, I discovered that the Fast Tracks assembly fixtures might be a good buy after all. The planning revealed that I was going to need about 100 turnouts, about 35 #10 turnouts for the double track mainline and about 65 #8 turnouts for the yards and sidings. With such a high number of turnouts needing to be built, the cost factor of the assembly fixtures and related tools could be amortized to the point where the cost per turnout, excluding turnout motor, was below $4. So, I decided to give the Fast Track assembly fixtures a try. I ordered a #10 assembly fixture, a #10 point forming tool, a stock rail filing tool and a package of 100 N scale pc ties.

The items arrived from Fast Tracks right before Christmas vacation, so I had two weeks with extra time to try out the assembly fixtures. So far I have assembled and installed 12 turnouts. Below is a list of my experience and impressions with the assembly fixture. I have included some pictures but not a lot since the Fast Tracks website has lots of pictures, documentation and video that do an excellent job of presenting the hand laying process. I highly recommend visiting the website as it has a ton of information that is useful even if you plan to build turnouts without the assembly fixtures.

1. The turnout templates that are available as pdf files on the Fast Tracks website are extremely useful. I used them extensively in the planning of my new layout, especially when it came to the design of the Proviso yard. First, I printed and cut out the turnouts out at 25% of full size and then used our kitchen table to lay out possible yard designs. Using this information I was able to draw up a vague track plan that I used to build the bench work. I then cut out full size templates to lay out the final track plan onto the bench work. 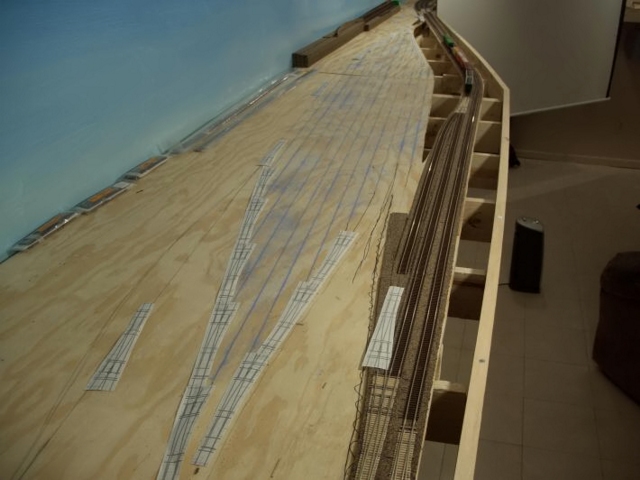 2. The templates are also very useful for laying the ties down on the roadbed for the turnout. Fast Tracks sells laser cut “QuickSticks” tie that appear to easily attach to the finished turnouts. At a cost of $7.08 per turnout, using individual ties from Micro Engineering was much more cost effective (about $.80 per turnout). Using the template, I make my own quicksticks by gluing the individual ties to the template with white glue. I then glue my quicksticks to the roadbed using more white glue. The assembled turnout is then installed on top of the ties. This procedure will make it impossible to reuse the turnout ties in the event I ever tear this layout out. But, if I get another 19 years of fun out of this layout like I did with the Rochelle Subdivision, this will be okay with me. The turnout itself should still be salvageable. 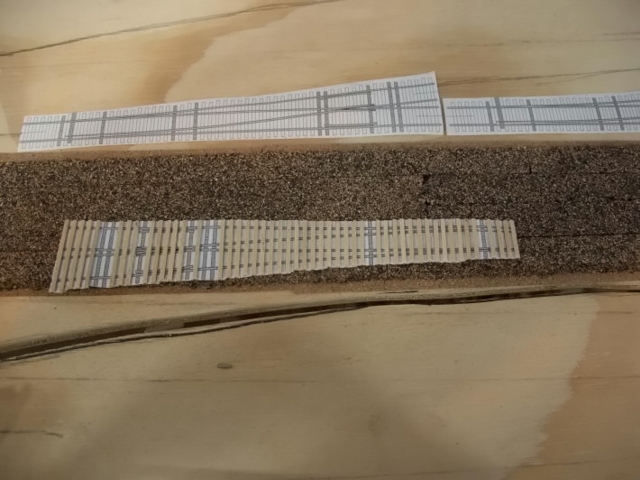 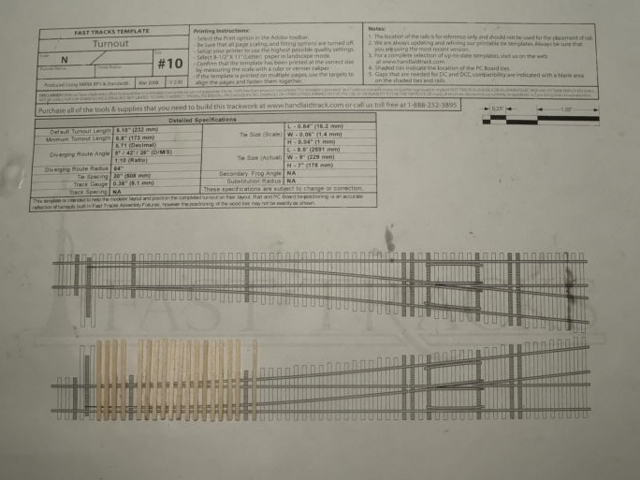 4. The assembly fixture itself is great and a lot of fun to use. I don’t really think it saves all that much time compared to building a turnout without the fixture, but it does make it a lot easier, relaxing and fun. I definitely recommend the fixture for these reasons alone, especially if you have a lot of turnouts to build as I do. What I really like about the fixture, though, is that it helps me build much more precise turnouts than I am able to do without the fixture. In other words, the turnouts I am building today are much better turnouts than I built for the Rochelle Sub. They look better and they operate better. Each one I built for the Rochelle Sub needed adjusting and tweaking after it was installed before I had a smooth, trouble free turnout. Some needed so much work that I ended up tearing them out and starting over with a new turnout. Every one of the twelve I have installed so far work very smoothly with only minor point filing needed after installation. In my view the assembly fixture is well worth the money if you are building a lot of turnouts. I am planning to purchase the #8 fixture in the near future. 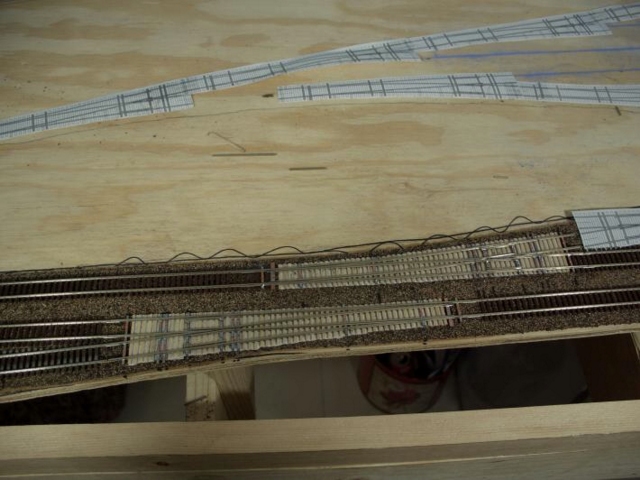 6. I highly recommend viewing the many videos on the Fast Tracks website as they are very informative, even if you do not plan to purchase any of their products. I found the video on soldering especially informative.

The Fast Tracks system is great and in my view, well worth the cost. The tools are easy to use and a lot of fun. I believe the average modeler should be able to build excellent turnouts using the system. The big deciding factor is the number of turnouts that are needed. With Atlas code 55 turnouts running about $10 each, you will need to build around 20 to 30 turnouts of each size for the assembly fixtures to be cost competitive. Other factors to consider are time, looks and operation. Hand laid turnouts will add about 90 minutes of work for each turnout. In my opinion hand laid looks much better that the Atlas turnouts. As far as operation goes, I do not have any experience with the Atlas turnouts, but I know hand laid turnouts operate flawlessly and likely are better than the Atlas turnouts.
Posted by genevasub at 8:40 PM 1 comment: Links to this post