Fulton, IL on the UPRR Geneva Subdivision has a couple of indutries served by the railroad; the Agri-Bunge facility and Fulton CO-OP.  The Agri-Bunge facility is loosely based on the actual prototype in Fulton while the CO-OP is free lanced.  I looked for a second prototype in Fulton, but Agri-Bunge was the only one I could find in Fulton that was served by rail.  I still plan to add some chutes to the CO-OP grain bins and remove/replace "Goodyear" from the Agri-Bunge building.  I pretty much used available kits and re-used buildings from the Rochelle Sub.  The propane tanks and "Goodyear" building are scratch built while the silos, grain bins, elevator, and CO-OP buildings are kits. 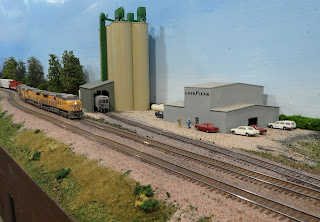 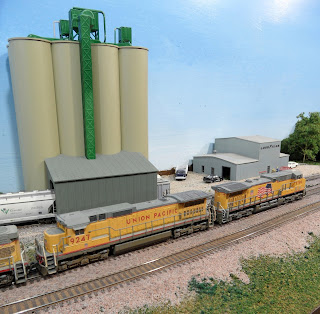 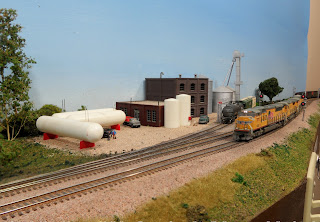 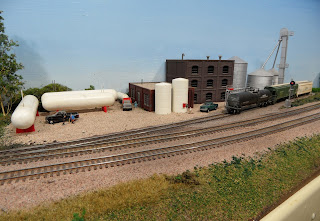 Posted by genevasub at 8:21 AM No comments: Links to this post